This post originated as a response to a question I received via the One Shore contact form.

But I just looked at a recent Selenium IDE and it looks like those commands are not available. It has captureEntirePageScreenshot which takes a filename as the first parameter:

Typically with Selenium RC you’d use a test framework (like junit) and use the features from that that for getting results. Unfortunately, I don’t know of a way to export test results from Selenium IDE. You can “Export” your tests to a number of formats and then run them as Selenium RC scripts. 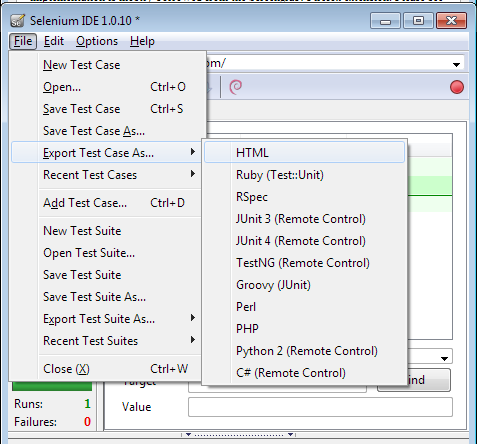 Unfortunately, Selenium IDE is pretty basic and not a “real” IDE — just a simple recorder. I hear they’re working on changing that though.

Hi, I'm Aaron Evans. I am an independent software tester with 10+ years experience.

In 2005 I quit my job and moved to Fiji, then sailed to Australia. But I came back for the girl I left behind.

We got married & moved to Ecuador. We have 4 young children, and recently spent 6 months traveling around the USA in a motorhome. We're currently in Southern California enjoying the beach and plotting our next adventure.

One Shore is my software QA services company. I specialize in test automation with open source tools, implementing continuous integration and delivery, and setting up cloud test environments. I love working with distributed teams.

Error: Twitter did not respond. Please wait a few minutes and refresh this page.